“Taiwan is not China.
The Taiwanese are not the Chinese.
Taiwan should be ruled by Taiwanese themselves.”

This long-awaited English version will be the foundation stone on which for the peoples of the world will deepen their understanding of the Taiwan affairs and the Taiwan-China relations.

The US Presidential election having turned out as it did, the world is watching Taiwan closer and harder than ever before – now what happens to Taiwan?

Taiwan is no part of China. Taiwanese are not Chinese. This book tells just that.

The author, Ong Iok-tek, also a linguist, wrote this book while in exile in Japan to let the world know the truth of the history of Taiwan. Ardently read and reread over half a century since its publication, this book has come to claim its due status as the most authentic historical account of Taiwan that has affected many a Taiwanese. It goes and proves then that this book so vividly portrays the realty of Taiwan based strictly on nothing but scientific, objective truths.

China’s claim over Taiwan as its “territory” is totally groundless; nor has China any legitimate ground on which to annex Taiwan. That this book so eloquently appeals you as you turn the pages.

Since the dawn of its history, the island of Taiwan has paved its own way apart from China. It did come under the severest illegal rule by the Chinese Kuomintang after the World War II, but the Taiwanese have proudly demonstrated their high level of national traits to singlehandedly recover a genuine democratic state of their own.

Fully aware of Taiwan’s geo-political importance, China has incessantly exerted every illicit means in an attempt to drag Taiwan into their sphere of power. Now is the time, more so than ever before, Taiwan stands as a fortress that all nations of the world must join together in its defense in the name of freedoms and democracy. Should Taiwan be once gulped into the dictatorial China, freedoms, human rights, and democracy we mankind have passed centuries to defend would be treaded upon overnight.

To block China’s illicit designs, the problems surrounding Taiwan ought to be better and closer appreciated. That is the very reason why this book, now crisply translated into English, now at a most opportune moment when the world intently looks upon the destiny of Taiwan.

And numerous theses on Taiwan problem, linguistics and more.

1954 Born in Tokyo
1977 Graduated from Keio University, Faculty of Literature, Department of English/American Literature
1985～ Engaged in cataloging and publication of manuscripts of father, Ong Iok-tek, after his departure in 1985
2011～ Chairwoman, WUFI Japan

Field of Work:
Apart from creative endeavor in music, engaged exclusively in bilingual translation on all subjects over two decades of foreign service.

Now at the age of Umbrella, or having attained eighty years of age, fully retired into a country life with abundant time for meditation and writing—and for occasional welcome commissions such as Taiwan: A History of Agonies.

Chapter 1 A LAND OF FATEFUL PAST—In search of a new world
1. Taiwan: How it was so named
2. Of Pirate Families
3. Hardships: It all began in the Penghu Islands
4. Japan’s Ambition
5. The Tragedy of Indigenes

Chapter 3 KOXINGA: HIS BRIGHT AND DARK SIDES—Cheng period (1661-1683)
1. The Cheng: A prototype of the Kuomintang regime
2. Flight to Taiwan
3. The Cheng: Its nature
4. The Cheng: Its inner conflict
5. Resistance or Truce?
6. The Harshest Demand Ever

Chapter 4 A PILE OF BLOOD AND SWEAT—Qing period (1683-1895)
1. “Isolate Dangerous Elements”
2. Heading for Taiwan in Droves
3. The Life of the Pioneers
4. Corrupt and Incompetent Officials of the Qing Court
5. “Minor Rebellion Every Three Years,Major Rebellion Every 5 Years”
6. “Factionalism and Feuding”
7. Fu-chien’s Colony
8. Land and People beyond Qing’s Rule
9. The Taiwan Strait—History’s Watershed

Chapter 6 IN THE VORTEX OF MODERNIZATION—The Japan colonial period (1895-1945)
1. What Did the Japanese Inherit
2. Successful Colonial Rule
3. Some Comparisons: Vertical and horizontal
4. Hopeless Armed Resistance
5. A Thorough Carrot-and-Stick Policy
6. Chien Ta-shih and Ch’en Ch’iu-chu
7. A Superstitious “Conspiracy”
8. Lin Hsien-t’ang and Overseas Students
9. Ideals and Realities of the Culture Society
10. “What’s Wrong about Becoming a Japanese?”
11. Division in Prosperity
12. Taiwan Communist Party and its Counterparts in Japan and China
13. Criticisms and Evaluations of the Two Japanese Scholars
14. Agonizing while Transfiguring

Chapter 7 ALL-OUT CONFRONTATION WITH THE CHINESE—Kuomintang period (1945-1963)
1. Dogs Gone; Pigs Come
2. The Great 2.28 Rebellion
3. The League for Re-liberation of Taiwan in Hong Kong
4. Fleeing to Taiwan
5. Great Oppression and Wu Kuo-chen’s Downfall
6. A Refugee Regime; A House of Contradictions
7. Land Reform in Disguise
8. The Trick of “Counterattack”
9. An Ugly Face behind the Mask
10. Ultimate Struggle
11. Lei Chen and Opposition Party Movement
12. Overseas Independence Movements
13. Between the United States and the Kuomintang Regime
14. Between Chinese Communists and the Kuomintang

Chapter 8 FROM 1960’s to 1970’s—1964~
1. Harassed from Within and Without
2. The Vietnam War and the Cultural Revolution
3. The Advance of Japanese Capital in Taiwan
4. Chiang Ching-kuo and the P’eng Ming-min Incident 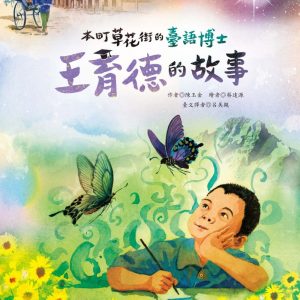 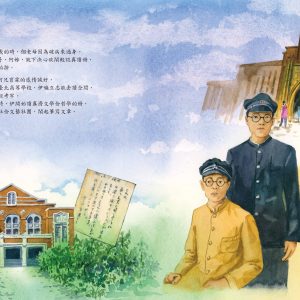 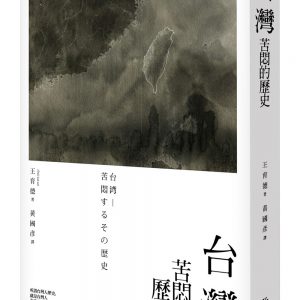 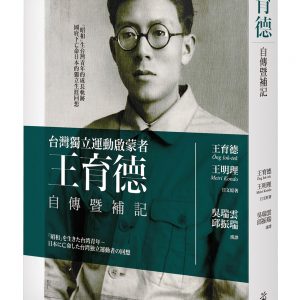 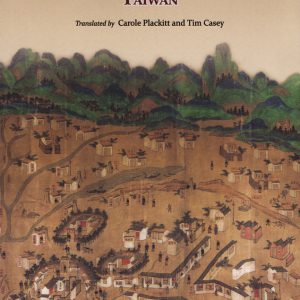